Fundrainsing event produced by Viktor Kee with a goal to bring together talented children and world renown stars to create and perform together on the same stage. 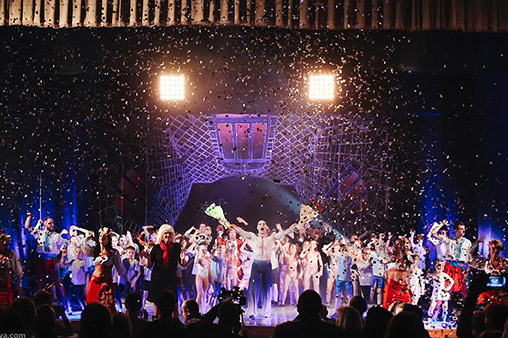 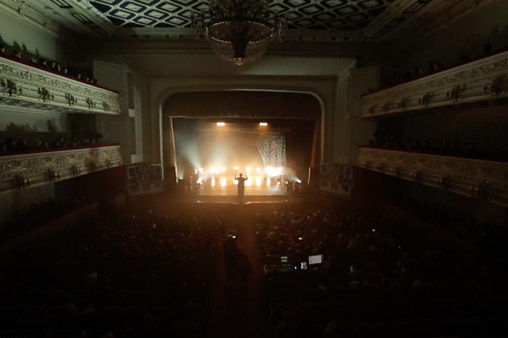 In 2001 Dima decided to leave his successful career as a world champion in Acrobatic sports with over 20 Gold medals to follow a different dream, to be a solo performer on the stage. It all started when Viktor Kee, (artistic director and choreographer of Swiss based ArtVision productions, which specializes in Artistic management and development in entertainment) spotted Dima performing as a generalist with Cirque du Soleil’s Dralion in London’s Royal Albert Hall.

Together with Viktor Kee and the guidance of the team at Art Vision, Dima spent 2 years in creation adapting his Acrobatic Technique and perfecting his abilities to achieve his goal to create a unique, breathtaking, world class performance yet to be seen. After much time, sweat, experimentation and a healthy dose of doubt and frustration, Viktor decided that Dima and their new act were ready. They presented the premiere of Dima Shine’s hand Balancing act with much hope and anticipation at the International circus festival in Paris “Cirque de Demain” in 2006. Dima’s new creation was subsequently an incredible success. In Paris he received a Gold Medal and a Prix de Publique. Which has been followed by gold medals at the “Latina festival” in Italy, in Grenoble France, and at the Domont festival, confirming Dima’s place among one of the greatest performances in the circus arts of our time.

Dima’s latest achievement was to win the Russian Idol, a television contest program in Russia. Although he enjoyed the new found fame and attention, he decided to return the prize money from the program (approximately 30,000€) to his community by donating to a local orphanage and to his former Sport training facility.

Next year in 2009, Dima will return to his previous employer. He will join the illustrious Canadian circus entertainment company The Cirque du Soleil, for a new production in NYC. Although this time, he will be on stage not a generalist but as a Solo performer. Proving that his dream has come full circle. Which now shines as a bold reality for audiences to enjoy and be enthralled the world over.

Victor Moiseev, born in Rostov-Don, Russia, made his first performance at the age of 4. Growing up in the Circus to parents Alexander Moiseev (Artist, Head Coach, Acrobatic Advisor with Cirque du Soleil and Concept Creator for the Russian Bars), and Irina Moiseeva ( Artist, Actress, Singer, Dancer and Choreographer), Viktor learned acrobatic, dancing, and manipulation skills. He had a passion for juggling as long as he can remember, and his persistent practicing caught the eye of famed juggler, the late Barzikin. Victor would learn the fundamentals of juggling and later study with Sergey Ignatov to further his juggling skills into an act which he would perform across Europe over 14 years. At the age of 19, Victor was invited by Cirque du Soleil to perform the acrobatic Russian Bar act, as well as the solo juggling act in the show “Alegria.”

In 2010 Victor won the Silver Clown, Peoples Choice and numerous media awards at the “Festival International du Cirque” in Monte Carlo. Transitioning to the newer Cirque du Soleil production “TOTEM,” performing only with the Russian Bars, Victor did a private demonstration for Prince Charles and Camilla.

Destined to be innovative and wanting to return to performing as a soloist, Victor came up with the concept of Horizontal Juggling while sitting around the dinner table with his family. He would spend countless hours developing the technique and combinations of this new discipline. Later, he collaborated with an artistic director Viktor Kee, Art Vision Production to choreograph an unique “Horizontal Juggling” act to be presented from now on around the world. Currently performing at the newest Cirque du Soleil Permanemt show in Mexico “Joya”.